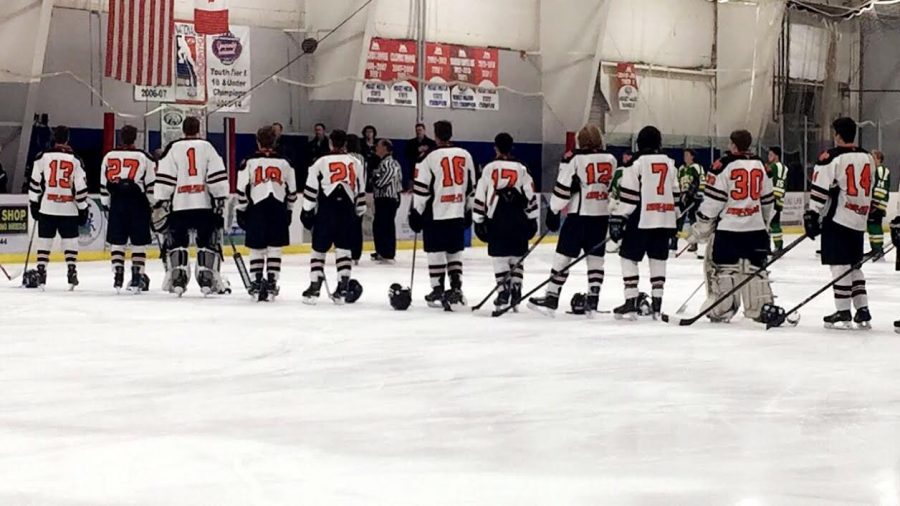 Here at Lewis-Palmer High School, there is a wide variety of sports to choose from. Jared Piggot 10, plays on the Ice Hockey varsity team here at LP. The ice hockey team played Denver East on Saturday, January 14th, 2017.

The Ice hockey team has had four wins and six losses so far in their season but are hoping for a comeback. The team came home with a win against Denver East with the final score resulting in 4-0.

Jared Piggot 10, learned how to skate when he was three years old and learned to play hockey when he was four. He had the privilege to play at the game on saturday and had a blast. He was so proud of his team for putting in work and knew it would pay off eventually.

“The game against Denver East was really exciting and fun. One of the biggest highlights was when Iain Fraser went for his second goal because no one saw it coming. I just loved being there on the ice with some of the best people,” Piggot said.

Piggot was proud of his team and how they all played but was very happy with himself for how well he played also. He focused on all the plays he had to play but made sure he had fun doing it.

“When I was out there on the ice, I feel like it was one of my best games that I’ve played in so far this season because I really focused on what I was supposed to achieve,” Piggot said.

The goalie, Noah Vanderbeck, 12, also played a good game against  Denver East. He went the whole game without letting a goal in.

“One of the best moments was when a member on DE tried to score and Vanderbeck didn’t let any goals make it in. I honestly can say Vanderbeck is the best goalie i know and he’s a great team member. I’m really happy with how my team and I played on saturday. The final score was 4-0 and we came out stronger than we have with other teams. I’m looking forward to what this season bring for us,” Piggot said.