North Hollywood is worth the hype 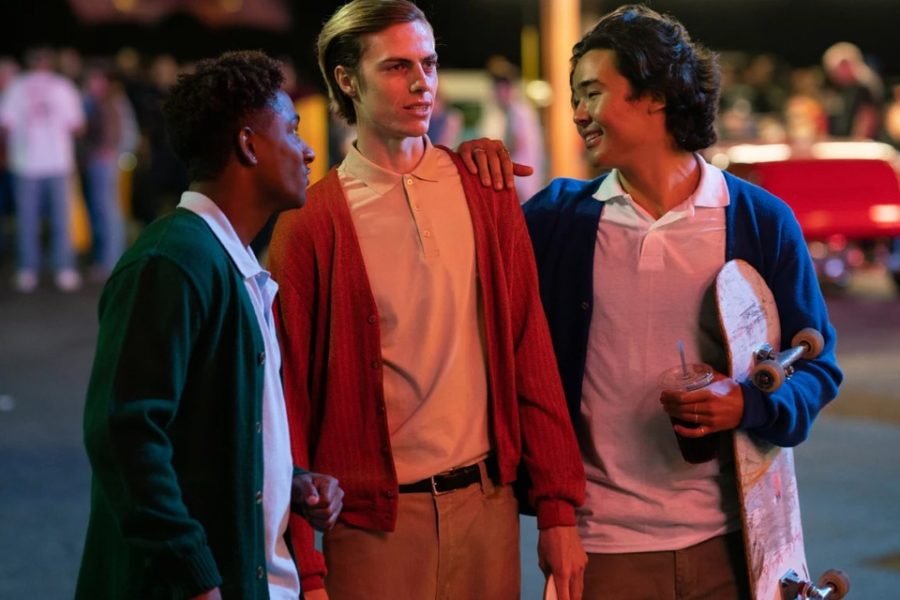 After years of anticipation, North Hollywood (2021, Not Rated) is finally here. To those who don’t know, this is the directorial debut of Mikey Alfred, founder of Illegal Civilization, a skate group calling themselves The First Teen Movie Studio. Most recently, the group produced Davonte Jolly’s, Godspeed (2020), a skate video so popular that it received attention outside of the skate community. The group is also very well known for collaborating with creators such as, Tyler the Creator, Baker Boys, Mac Miller and Converse. In addition to this, they received mainstream attention for Jonah Hill’s and A24’s, Mid90s (2018).

Alfred’s new film, North Hollywood, follows Mikey, played by Ryder McLaughlin. It chronicles his time spent struggling to become a pro skater despite his father, played by Vince Vaughn, who wishes for him to go to college.

I already reviewed this film before on my Instagram review page, but I feel like I have so much more to say about it. Starting with the performances, everybody did a fantastic job, despite most being non-actors. They all felt very natural and managed to exchange dialogue without feeling cheap in any way. They even mixed well with the seasoned actors like the aforementioned Vince Vaughn and the lead’s love interest, Rachel, played by Miranda Cosgrove.

In addition to this, I found the film to also be technically impressive. For a film made with very few people and such a small budget, it looks fantastic and would play very well on the big screen. The colors are vibrant and resemble the unpredictable nature of the characters, particularly when Mikey is hanging out with his personality-heavy friends.

As someone involved with the skate community, I can definitely confirm that the culture was portrayed with a great attention to detail and with authenticity. Seeing skate culture represented accurately in film is always a treat, and this film delivers on that, in addition to a few nice stylistic choices reminiscent of something Jack Smight might have put together. But you don’t have to be into skating to enjoy this film. The theme of family and relationships bleed through the pages of the script and onto the screen. Mikey and his dad have little disputes throughout the film, and although petty, are the exact tiffs I find myself in with my family. It feels real, but it doesn’t ever need to go into an existential or deep place to hit home. This is the ultimate relatable feel-good film, and it proves that filmmakers can still make dramas without ever needing to touch on the more sensitive topics we often see dramas fall into. That isn’t to say there isn’t a place for Shakespearean tragedy, but if you want a film that you can sit down and watch with your family, assuming they can tolerate explicit language, this is it.

As I watched this film on an early live screener, people complained in the chat that the lead was too unlikeable, and although he does make some poor decisions, he really isn’t that bad, nor is any other character ‘bad’ or ‘good’ to that same level. I feel as though watching with others commenting live gave me a good feel for how the target audience, Illegal Civ fans, will take this film: half blindly fanboying, a quarter hating this film for having ‘no plot’, and the other quarter with varied, yet genuine reactions. Despite this toxicity, watch the film and judge for yourself. As we usher in a new era of distribution and new audience types being catered to, this film serves as a pilot, for not just Illegal Civ, but the future of film as we know it. Reactions and audience behavior for films, such as this one, is changing, and seeing the film presented this way opened my eyes to that.

If you want to support a good film made by some people who know what they’re doing and love it, this is your chance. I give North Hollywood an 8/10. It’s a thoroughly entertaining little film with charm and wit, and is something I think many people can enjoy together.

North Hollywood is now playing on Virtual Cinema via the Illegal Civ Website, and is Not Rated.