The Muppets Haunted Mansion is 2021’s most memorable Halloween movie 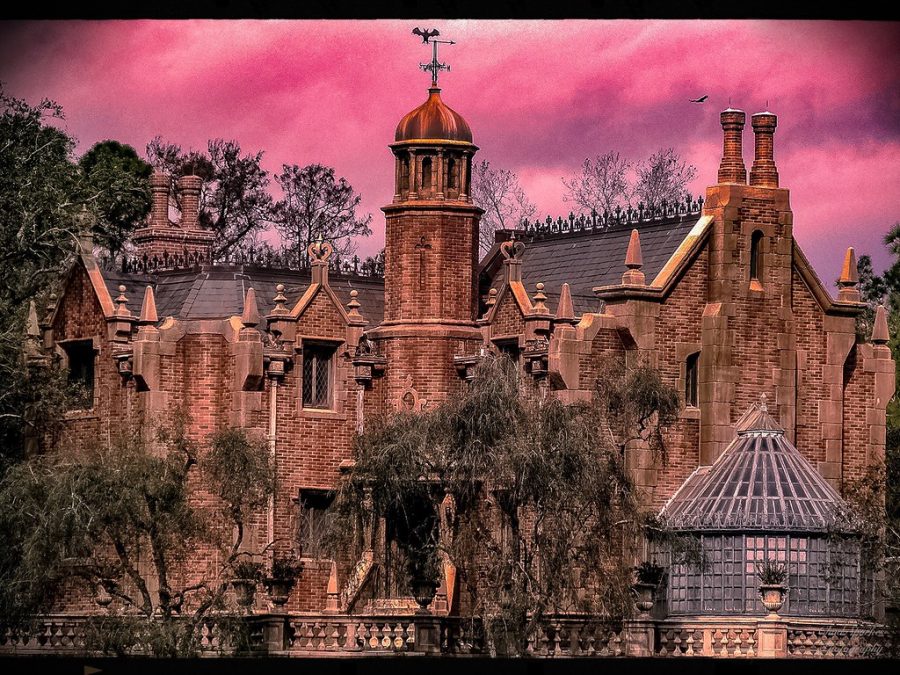 Gonzo and Pepe, the King Prong, encounter a Haunted Mansion mystery in the new Disney Haunted Mansion Muppet movie. Along the way, they encounter Miss Piggy, Kermit the Frog, and Fozzie Bear as ghosts. "Haunted Mansion" by Thanks for over 2 million views!! is licensed with CC BY 2.0. To view a copy of this license, visit https://creativecommons.org/licenses/by/2.0/

The Muppets Haunted Mansion (TV-PG) was released on October 8, 2021 and it’s only on Disney+. Gonzo and Pepe the King Prong visit the haunted mansion for some Halloween adventure. During this haunted mansion adventure they encounter The Hearse Driver (Yvette Nicole Brown), The Caretaker (Darren Criss), The Host (Will Arnet), and The Bride (Taraji P. Henson). Kirk R. Thatcher (The Director), an ensemble cast that embraces the classic Muppet style. The mansion is brimming with silly laughs with each and every one of the characters, but there certainly isn’t a lack of chills upon meeting the ghosts in the graveyards, and the film uses technological and illusory wonders in each and everyone of the designs for the characters.

The soundtrack team from the Muppets Haunted Mansion consists of Ed Mitchell and Steve Morell. Morell is composer and pianist who works with Ed Mitchell, and he has worked on several recent Muppet projects. Ed Mitchell is a composer, arranger, and music producer who started working on several of the Muppets projects, and now he works on the majority of the Disney-produced projects starring the Muppets. Songs like Rest in Peace by Darren Criss, Dancing in the Moonlight, and Life Hereafter are catchy and memorable

The Muppets Haunted Mansion has it all from Halloween costumes for each and everyone of the characters and cast, the entire graveyard coming to life with the ghosts and the humans that have been dead in the past, to talk to Gonzo and Pepe about what was going to happen to them on their very special Halloween night. This is a refreshing change from the gory Thatcher movies that normally come out at Halloween. In classic Muppet style, the music was fun and engaging.

Since that the Muppets have been together for 35 years in the making, and they have had the same director for three of there productions, there is something very special about the Muppets Haunted Mansion that people should really know about is that the entire movie has Halloween spread throughout the entire movie and I think that is pretty cool and that is what Halloween is truly about is having a spooky holiday being represented in an entire movie.

Young and old can appreciate this family style Halloween movie.