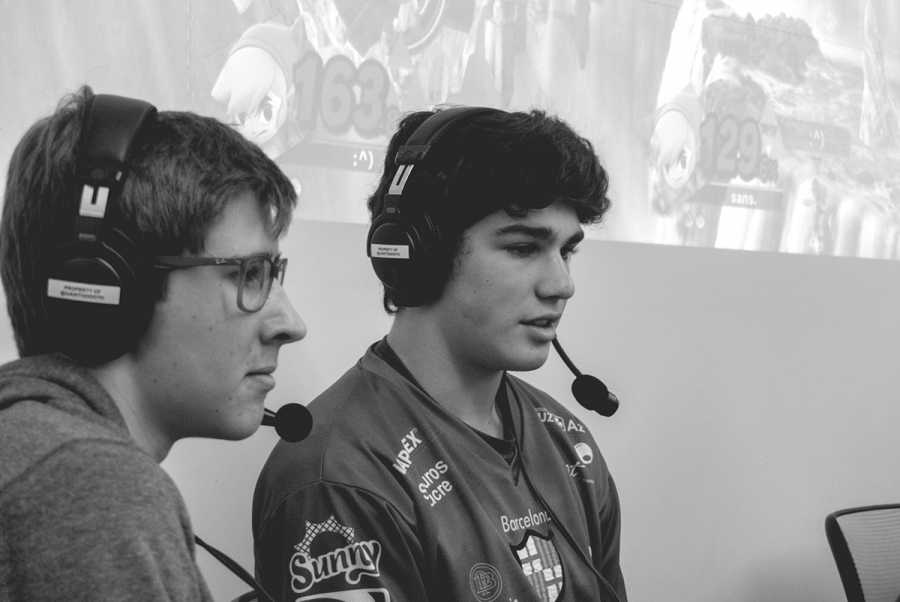 Mace Wilch focuses on an intense competitive round of “Super Smash Bros.: Ultimate”. “I have made some great relationships in this community,” Wilch said.

Mason Wilch 11 is a student at Lewis-Palmer High School who plays video games on a competitive level. Along with recreationally playing “Minecraft” and “Legend of Zelda: Breath of the Wild”, Wilch plays “Super Smash Bros. Ultimate” competitively. He can be seen at “Smash Bros.” competitions during weekly and large scale tournaments.

“I’ve entered quite a few tournaments,” Wilch said. “I haven’t won any. I mainly go for experience, because you need to have a lot of experience in order to get far.”

He wants to enter competitions to practice and get better so eventually, he can possibly receive sponsors and even scholarships from colleges.

“As you are able to get on teams with these colleges, you can get sponsored through them and if they are able to they’ll put out your name and make a scene for you,” Wilch said.

The gaming scene has been gaining traction ever since online platforms, like YouTube and Twitch, have made gaming a more accessible form of entertainment.

“It’s an evolving world of media,” Wilch said. “As well as all this new technology that comes along with gaming, it’s also competitive.”

Even though the gaming community is large, there are people that he can associate with in order to make deep connections.

Mace believes himself to truly be at home in the gaming community. He has deep roots since his brothers introduced him to gaming at the young age of four.

“I’ve played “Smash Bros.” since I was four years old, with my brothers. My brothers influenced a lot of how I played video games and card games,” Wilch said. “They all played these games before I did, but I really embraced them.”