Feature length film made by student 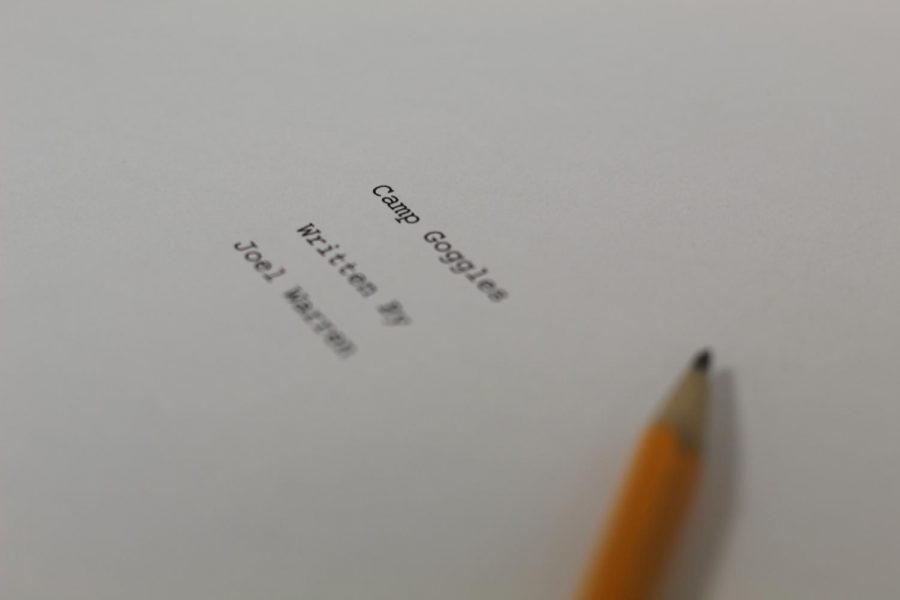 The front page of the script of Camp Goggles.

Student Joel Warren 10 is creating a feature length film based on his experiences in summer camp, titled “Camp Goggles”. It is a drama with comedic aspects about a girl who is a counselor at her local summer camp. As she has new experiences at the summer camp and she also reflects and has flashbacks of the past school year. “Camp Goggles” is planned to be released late 2020 on YouTube.

Warren, the writer and director, is still looking for help with this project. Cast members that look the age of freshman, sophomore, or junior are wanted to be other counselors. There are also opportunities for kids to act as campers attending the summer camp. For more info and news visit the official camp goggles Instagram @campgoggles.

“I need people who are willing to help me in this passion of mine and to help carry the load that I can’t carry by myself,” Warren said. “All help is welcome, anyone who is interested in any process of acting or film-making take this as an offer to join in on the project. If you like filming, acting, writing or anything else the help would be amazing.”

Warren’s experiences at his local summer camp for the past couple years drives the theme of this movie. During his summer camp experiences, he made true friends that he knew he would grow closer and closer with. He wanted to transfer his experiences into this film.

“I’ve had a hard time making lifelong, true friends in a lot of environments. I feel that after my summer camp experience, I’ve gotten closer with a tight group of friends. Especially in middle school, I felt that that would be impossible,” Warren said. “I felt that people wouldn’t make that connection with me. I was wrong to think that in middle school because I now have that group of friends. I want to make a positive film that has a positive impact.”

Warren enjoys making movies. This will be his second film that he has made. Ever since he was young, he knew this was something he wanted to do. It’s a creative outlet, a way to express stories that can be written.

“Ever since I was a little kid, I watched a ton and tons of movies and never grew out of that. Over time I’ve grown to watch more indie films. It really interested me to see how people can make movies on low budgets and return with a great product,” Warren said. “The film ‘Tangerine’, by Sean Baker, really inspired me. That film was shot for less than a couple thousand dollars on an iPhone. It really inspired me because if a person can make such a great film with a phone, why can’t I?”