What Hunting Means to Hope Lacy 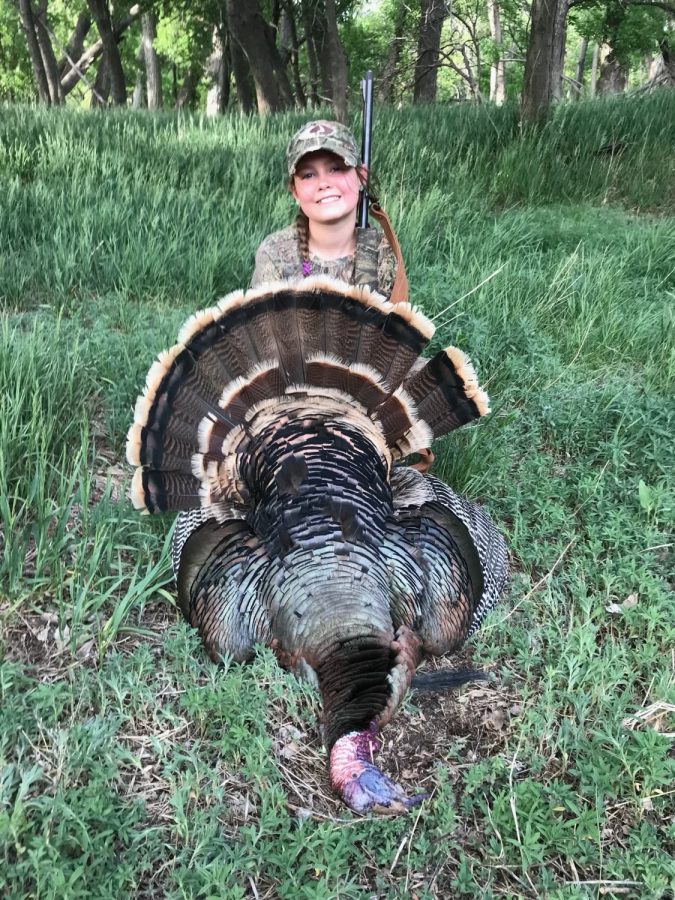 Hope Lacy 9 shows off a turkey that she killed with her dad last year. She enjoys hunting and feels that it is a way to have fun, but still do what you love.

“With basketball, I can only go hunting about one or two times a season, and it is hard. Sometimes I hunt with my brothers, but mostly I go with my dad. When we go, we usually hunt for deer and turkey, and we get a turkey pretty much every season, but we don’t always get a deer. Sometimes we do all kinds of stuff, especially for turkeys. We like to get out of the blind, you know. And we have to crawl on our stomachs for about a mile to get to the turkey. Sometimes we also use decoys: a hard stuffed animal that looks like a turkey, and we put them down. We usually get up at three in the morning and hunt until 10, and then we go back at three in the afternoon and hunt. Normally, I’ll go back to the hotel, sleep, or go get Dairy Queen. We go hunting in Georgia and go spend a couple of nights or so and see family. I have probably killed three does, which are the girl deer, and three bucks, which are the boy deer. And then for turkeys, I have probably got four. After we finish hunting, we obviously get it processed and then we can make like sausage out of it in turkey and stuff. Since we are in Georgia we are obviously not gonna bring it home with us. So we give it to my dad’s friend. Sometimes I get criticized for hunting and, people will be like ‘How could you do that to an animal’, but that doesn’t change that I love doing it.”