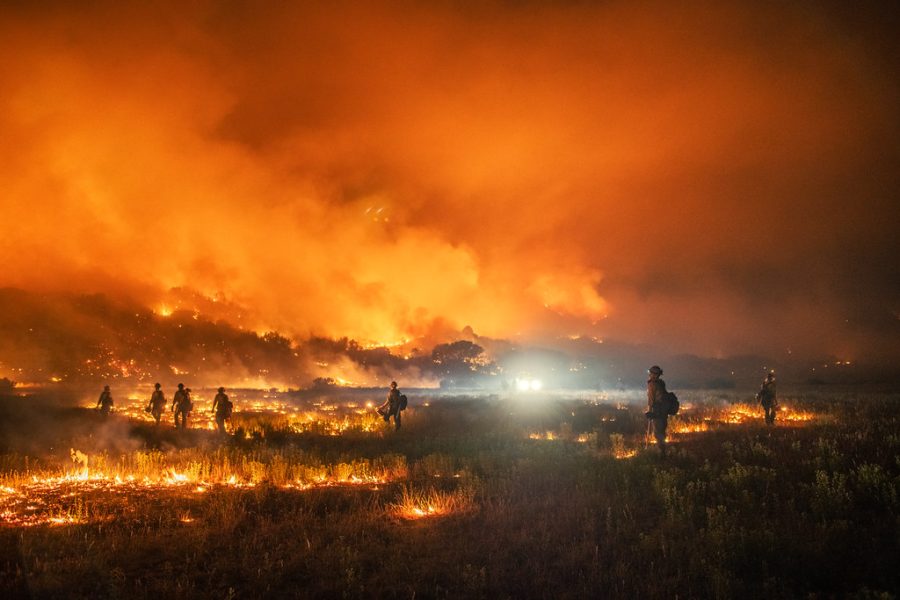 The Pine Gulch Fire ravaging the Mesa and Garfield Counties in August of 2020. While started by a lightning strike, the fire still led to poor air quality for local residents and shut down multiple oil drills and gas wells. Firefighters sustained little to no injuries despite being subjected to the wildfire for months.

One issue has been weighing in on the brains of many people today: climate change. Significant evidence has been shown throughout the past 10 years to prove the increasing importance of climate change. Colorado is not immune to this new predicament.

“According to the Colorado Division of Fire Prevention and Control.15 out of the top 20 wildfires occurred in the state within the last 10 years, A statistic re-enforced by the Marshall Fire that took place in Boulder County, Colorado, recently in late 2021.

But it is not just fires that burden Colorado environmentally. The floods present in Manitou Springs in 2013 and 2015 were effects from wildfires. The absence of vegetation due to the Waldo Canyon Fire allowed water to flow more freely and into the streets of Manitou Springs. This resulted in multiple casualties.

The delayed winter of 2021 also seems concerning. Denver broke an 87-year record by almost 3 weeks when the first snow of the season occurred. The first snow was December 10th when the average is usually October 18th according to Fox 31 News.

The National Oceanic and Atmospheric Administration says that climate change resulted in some of 2020’s worst weather. Spanning across the globe from Serbia to the United States’ southwest, climate change increases drought, wildfires, and increases pollution. Researchers have many opinions on what was or will be the year that climate change is irreversible. While some sources cite 2100 as the year, others say it has already happened with estimates being as early as 2017.