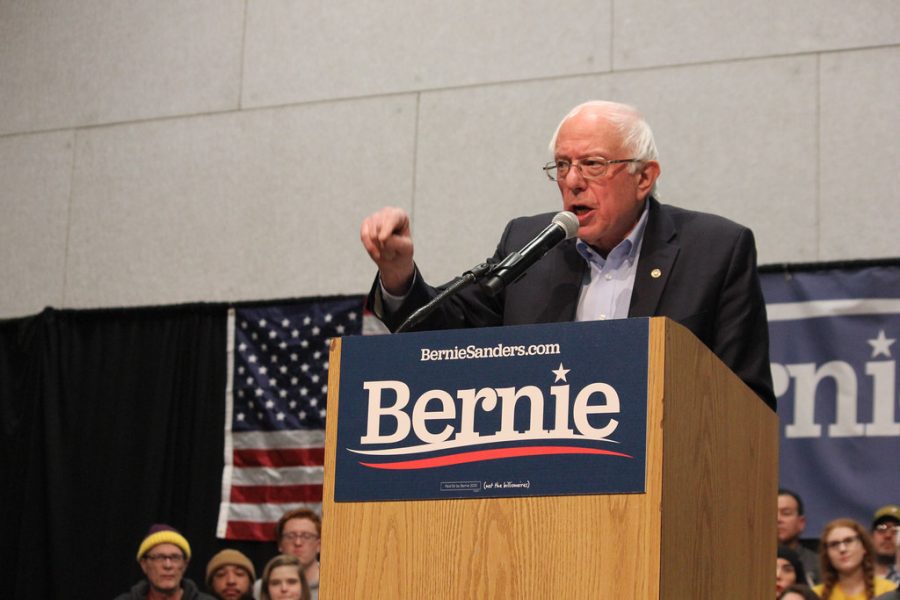 As of March 13, Bernie Sanders has 725 delegates compared to Joe Biden's 881 delegates.

The Democratic nomination is one of the most important decisions for left voters this year, for beating Trump out of office is a major effort. Bernie Sanders is the best candidate for all of these endeavors. As an experienced politician that has held the title of mayor, representative, and senator, he is the obvious choice out of all of the candidates.

With policies such as the Green New Deal, Medicare for All, and College for All, he benefits the newest generations, Generation Z. Universal Childcare/ Pre-K will also benefit younger generations who have children going to school environments in the coming years.

The top 1% of the population owns 35% of all of America’s wealth; there is a huge divide between the upper class and the middle class. However, all of his policies are based on what is best for the middle and lower class by making health services and college more affordable. Bernie Sanders’ website states that he will cancel medical debt “by establishing an income inequality tax on large corporations that pay CEOs at least 50 times more than average workers”.

Some might be confused of how he is expecting to pay off the entire college debt and carry out his plans. He has extensive plans laid out on his website, including using litigation and fees to make the fossil fuel industry pay for pollution to pay for the Green New Deal.

Some might ask, why should I vote for Bernie Sanders and not Joe Biden? Biden’s plan for many issues in America are more of a centrist’s view, as if hoping to please the voters instead of being bold for change like Bernie Sanders. He wants to continue helping people through the Affordable Care Act, but fails to deeply expand on the policies in place. Many of his ideas are overshadowed by Sanders’ plans to change America for the better.

Additionally, Bernie Sanders has a strong following that can beat Trump out of office. One of the most important things to Democratic voters is a candidate’s ability to beat Trump.

Bernie will revolutionize America and make it better for everyone that is suffering today. The renovation and establishment of environmental, social, and medical policies will shift how Amercians view the presidency.

For further information on Bernie Sanders’ policies go to https://berniesanders.com/issues/how-does-bernie-pay-his-major-plans/