Bet on enjoying Gamestop: Rise of the Players 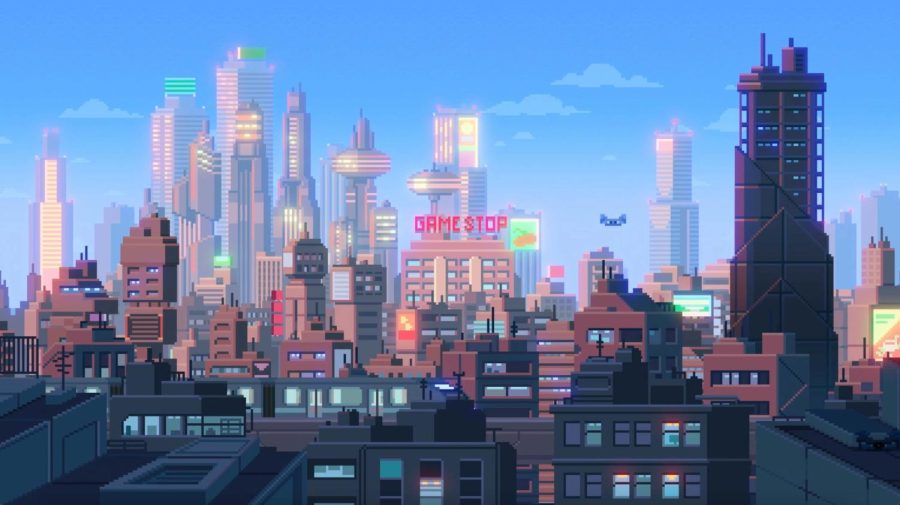 Still from Gamestop: Rise of the Players (2022), courtesy of Super LTD.

Directed by Jonah Tulis and distributed by Neon’s sister company, Super LTD, Gamestop: Rise of the Players (2022, Not Rated) is a film that came out of the blue. Based around the 2020-2021 Gamestop short squeeze, this documentary chronicles a story of 9 people and their part in predicting this event.

To those who don’t remember, in ‘short’ there was a small group of people in 2020 who predicted that a short squeeze would occur to numerous corporations such as AMC Theaters and Gamestop, and promptly acted on it by encouraging others online to buy stock. Betting against Wall Street analysts and ignoring trends, such as Gamestop’s declining profits, seemed like a bad idea to many, but these people saw what others didn’t. As a result, a seemingly random boom in these companies’ stock prices occured due to underlying industry intricacies that led to profits for all who favored this risky bet.

One thing this film understands is how much internet and meme culture was interwoven into this story, and used it to its advantage. Very rarely will you ever get to hear Death Grips in a movie theater, but this timely piece will allow that opportunity. Whereas recent narrative films like Red Rocket (2021) and Waves (2019) were particularly great because of their ability to broadly capture the essence of American culture in the social media age, this film covers a more niche subset of people and how their lives are expressed in accordance with sites like Reddit. Yes, terms like “to the moon” and “based” are used frequently and unironically, but somehow it works. What Jonah Tulis was able to craft with this film is a bit of an overwhelming sensory experience. While his style of fast-paced editing and more casual interviewing doesn’t lend itself well to a cohesive analysis of the events that took place, it does make for a very entertaining and easy to follow film.

The one thing that many will likely note upon seeing this film, myself included, is that despite it’s quirky nature and unique subject matter, it most definitely won’t change your life. It isn’t forgettable per-se, but it feels pretty disposable among a sea of online-pandemic documentaries. This isn’t something that will leave you pondering existential questions at 3:00AM. To be fair, the film never tried to pretend it would do this anyway, but it’s hard to imagine people won’t be left wanting a little more.

This film is a great time, and a marvel considering the short period of time it was likely developed in. However, this doesn’t make for any kind of masterpiece. It’s a strong 7/10, and a definite recommendation.

Gamestop: Rise of the Players is now playing in select theaters.