Reichard twins differ in personalities, despite having identical DNA 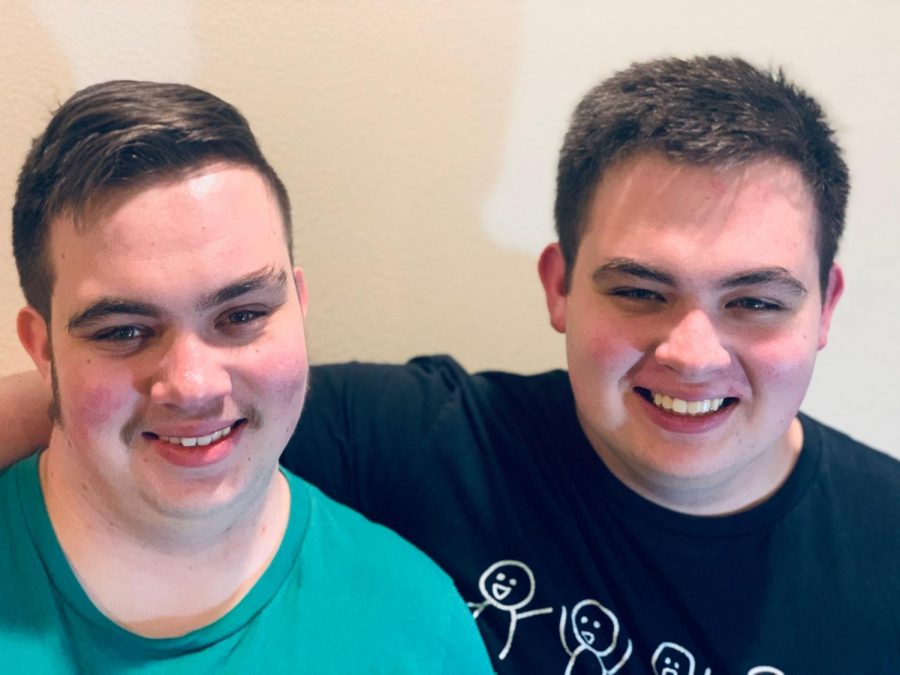 Reichard twins share an identical smile. “We are into the same things, but when it comes to personalities and stuff like that, we tend to be pretty separate,” Caleb said.

Caleb and Benjamin Reichard 11 are one of many sets of twins here at Lewis-Palmer. “How we articulate things and talk and present ourselves is very similar, but our personalities are very different,” Benjamin said.

Like many other sets of identical twins, the brothers are very different people, even though they look exactly the same.

“It’s good most of the time, we can quarrel, but generally I think it’s a positive experience,” Caleb said. “We are very different people but we sound the same and look the same. People mix us up, but it doesn’t really bother me so I enjoy having a twin,” Benjamin said.

They are similar even in the ways that they think and can relate to each other as well. This allows them to always have someone to relate to and understand.

“I have someone that gets everything I do. Everybody kind of has their own way of how their mind works, and ours works the same, so I can expect my twin to understand what I am thinking and how things work,” Benjamin said. “Every time I make a joke or a reference, I at least know there is one person that gets it.”

How they act, look and their interests are the same, but they believe their personalities are very different from each other. However, they also share similar hobbies.

“I don’t really have a lot of time to do things, but when I do, I like to read and watch movies,” Caleb said. “I like to play guitar and I’m interested in music and music theory. I also like to read and play video games,” Benjamin said.

“We are into the same things, but when it comes to personalities and stuff like that, we tend to be pretty separate,” Caleb said.

Although Caleb believes he is the more outgoing twin, Benjamin believes the same thing about himself.

“He is a lot more reserved and isn’t as social as I am, but I’m a little more social and outgoing,” Benjamin said. I tend to be more outgoing and social, and he is a little more introverted.” Caleb said.

Both Caleb and Benjamin enjoy having a twin. They both think it is helpful to have each other in their lives.

“I couldn’t picture life without him,” Caleb said.