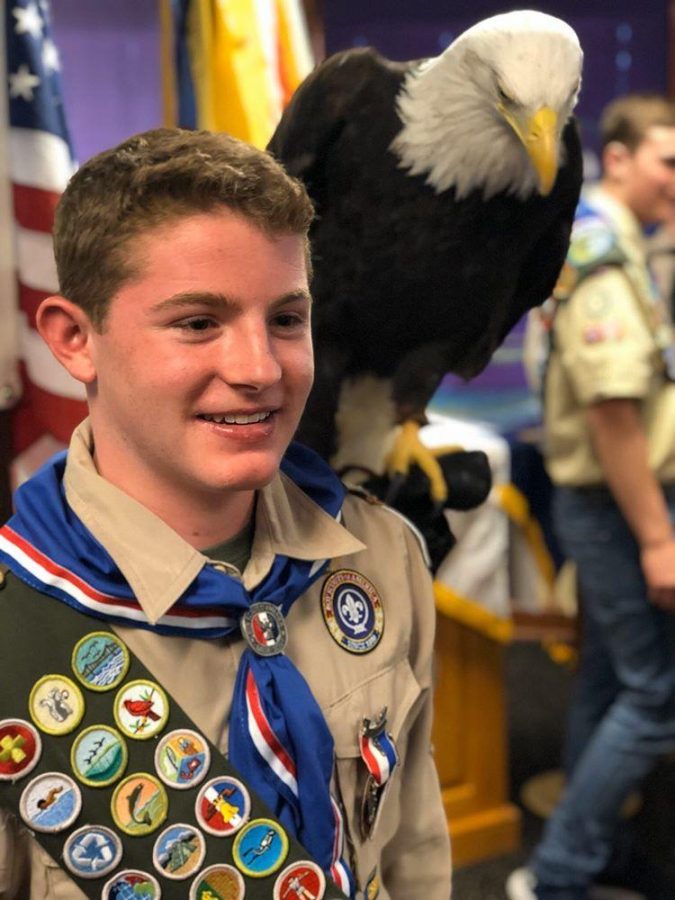 Brandt poses with an eagle at his Eagle Scout Ceremony.

Bandt Bane 10 participates in Boy Scouts through the Gleneagle Troop 194. He has gone on many wildlife trips during his time in Boy Scouts. One in particular was a trip to the Boundary Waters in between Minnesota and Canada.

“The Boundary Waters trip was really cool because it was kind of out in the middle of nowhere. I saw nobody for about two weeks, except for the people that were in my crew,” Bane said. “The only thing I saw beside the people in my crew, were other people on the trails between lakes and rivers.”

Bane, after becoming more physically active and fit, realized after that trip that he wanted to maintain his physique.

“I decided I wanted to stay fit because I remember feeling pretty good about myself after that and I wanted to not lose all the progress I’d made in just a week,” Bane said. “On that trip, I also gained the ability to put pain to the side and continue on.”

To Bane, Boy Scouts is not just about going outdoors and learning first aid; it also promotes the skill of communicating with individuals from other countries while at the same time learning more about those respective countries.

Bane also went to the 2019 Boy Scout Jamboree in West Virginia where over 100 countries attended.